By Tricia on December 6, 2010 in crochet, Feast Days, Handmade, Kids

We are big about the kids feast days around here.  I usually make them a special dessert on their day and we make a big fuss about them but on the feast of Saint Nicholas it is a special day for all my kids, even the ones whose name is not Nicholas. 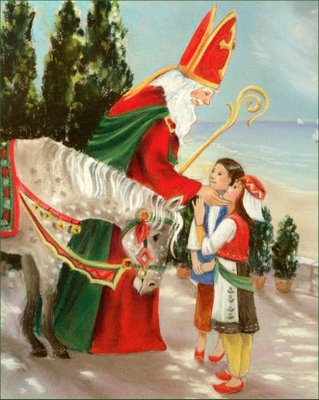 This is the story of St. Nicholas, a real man who lived in Asia Minor about 1700 years ago. St.Nicholas was a kind man, and also a wealthy one. He always gave money or food to people who were in need.
One story tells about the time he traveled through a bitter snowstorm to get food to a village. There are many stories of him saving or helping children.

One story tells of a poor man with three daughters. In those days a young woman’s father had to offer prospective husbands something of value—a dowry. The larger the dowry, the better the chance that a young woman would find a good husband. Without a dowry, a woman was unlikely to marry. This poor man’s daughters, without dowries, were therefore destined to be sold into slavery. Mysteriously, on three different occasions, a bag of gold appeared in their home-providing the needed dowries. The bags of gold, tossed through an open window, are said to have landed in stockings or shoes left before the fire to dry. This led to the custom of children hanging stockings or putting out shoes, eagerly awaiting gifts from Saint Nicholas. Sometimes the story is told with gold balls instead of bags of gold. That is why three gold balls, sometimes represented as oranges, are one of the symbols for St. Nicholas. And so St. Nicholas is a gift-giver. 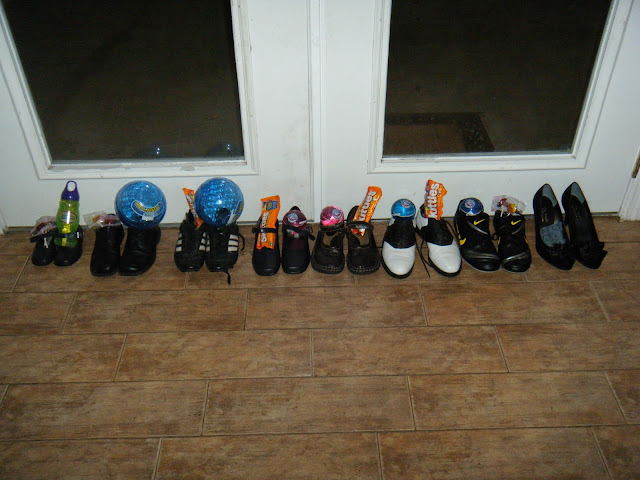 Our kids left their shoes out last night and when I went to fill them I had to laugh at the shoes they each left out.  A pair of heels (symbolizing the fact that my baby is now an adult, a few pairs of soccer cleats (for the soccer fanatics in my house) a pair of golf cleats (little Eddie’s favorite past time, Erica’s most worn pair of shoes (because she is never very concerned with what she is wearing, Ronnie’s pair of Mary Janes and Livie’s little Mary Janes because Ronnie is her little mommy and picked for her the same pair.
They received some really cool bouncy balls filled with water, Yummy Earth organic lollipops for little ones, skittles for the bigger kids (rare treat) and a handmade crochet cuff for my big girl. 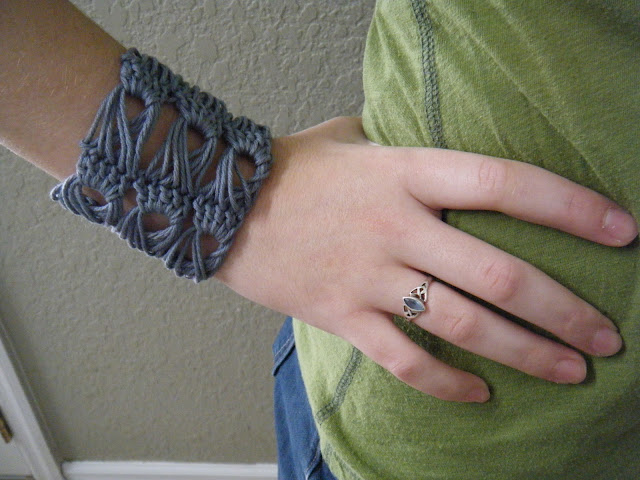 I loved making this for her!! It was so much fun. 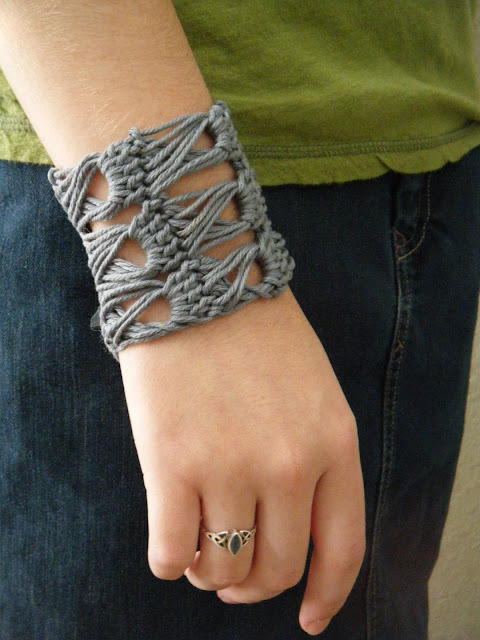