Busy mornings and sleepless nights are prevelant in my life right now!  The in betweens are school work, laundry, gardening, cleaning, cooking, canning and knitting before I fall like a block of wood in bed at night.  Unfortunately the knitting is at the end of the list, done in small spurts while the kids pick books at the library, while Matthew sleeps in my arms and late at night after everyone is in bed.

I finally finished Matthew’s bigger sized Peurperium.  I didn’t realize there was a bigger sized pattern available and figured out how to make it bigger on my own.  It still needs buttons which I am waiting for son Eddie to make with his scroll saw but it feels good to have it done and it will fit him for a good while.

This afternoon will involve making more butter and some ice cream to use up or excess milk and cream and I also need to go and take care of  Alexandra who has not been feeling well.  So back and forth between her house and ours and honestly, I don’t ever need an excuse to go and do something for her.  A little secret….I love it when she needs me for anything : )

I think this will be the last Stash Bash for a while…or perhaps forever.  There is so much going on around here that having a specific day when I need to blog about something other than what is in my head is not working out.  I find myself only blogging on this one day and I need to break the rut.

If you want to play along today, just leave your link in the comments : )  See you tomorrow! 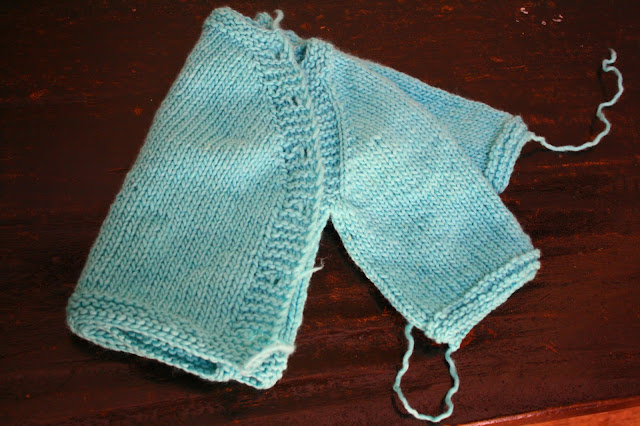 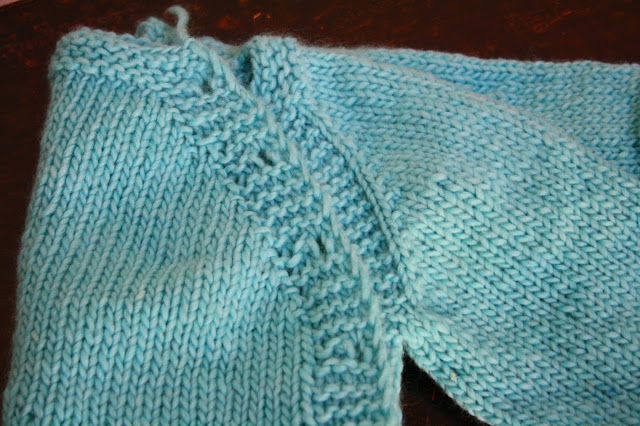 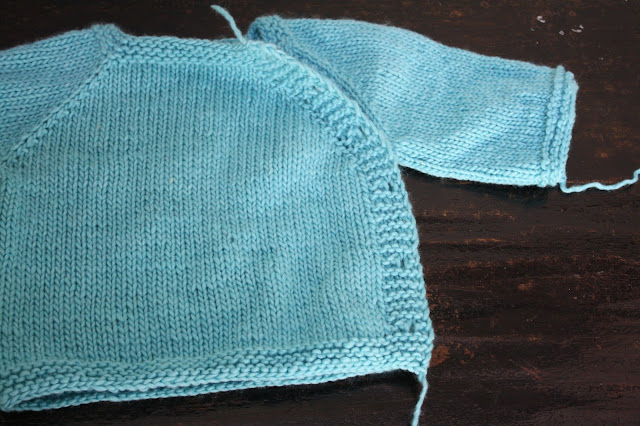 If you enjoyed this post, please consider leaving a comment or follow me by email at the top right hand of the screen to have future posts sent to you. Tricia (Crunchy Catholic Momma)

Yikes!!  Has it been a week since I last talked to you?  My goodness, you wouldn’t believe what we have been up to!!  I have had no time to work on anything that I could call a stash bash  (has that ever happened before here?) or than the fact that most of the things that we built this week were done with wood and fencing we already had around for the most part (has that ever happened before here?).  Well,  I am not sure if I have ever told you about my fiasco with milk cows.  Lets just say that I have not had the best luck.

I have been ripped off, had cows sold out from under me right before I buy them and well, it has been a long journey to here.  Last Saturday, I went to visit my friend Peggy at the farmers market.  I had been telling everyone and anyone who would listen that it is time to buy another milk cow.  With the price of raw milk we pay about $250 a month just for milk, that doesn’t include the hefty price we pay to buy real, good for you products like butter, cheese etc.

Well, I had found someone selling a milk cow online locally and contacted them.  The next day at the farmers market, Peggy tells me that she knows someone with a Jersey, in milk!! Wouldn’t you know that it was the same person??  That seemed like fate to me.

I made a date to go and see the farm and meet the owner and of course the cow : )  It turned out that we had lots in common and ended up talking for quite a long time over a cup of tea.  Lots of cow and milk talk to be had.  Lots of learning too.

A few days later after the boys and I scrambled to build a big cow pen and turn a corner of the barn into a milking stanchion, our cow was being delivered.  I didn’t sleep a wink that night, thinking that in the morning I would embark on a milking adventure.

When she got here I was super nervous.  I have only had one cow, Miss Chloe, and she was a beautiful, terrible, aggressive cow who would try to kill me anytime she could.  My beautiful Chloe ended up having to go to the butcher after 7 months of trying to tame her.

I reminded myself as I had to handle this new cow and get her off the trailer that she was not Chloe and she was a nice one.  I had milked her at the farm and she had let me scratch and pet her out in the field.  This was my cow now and I had to put aside my fear and take care of her.  Erica and the boys stood there with me and we led our cow to her new pen.  We gave her hay and water and spent the rest of the afternoon petting her and giving her treats.

The next morning we milked her (that is a story for another day) and had to give half the milk to our piggie because she stuck her foot in the pail. I felt victorious!  I felt like a super hero!!  I made milk shakes for the kids and we have been doing this all week : ) 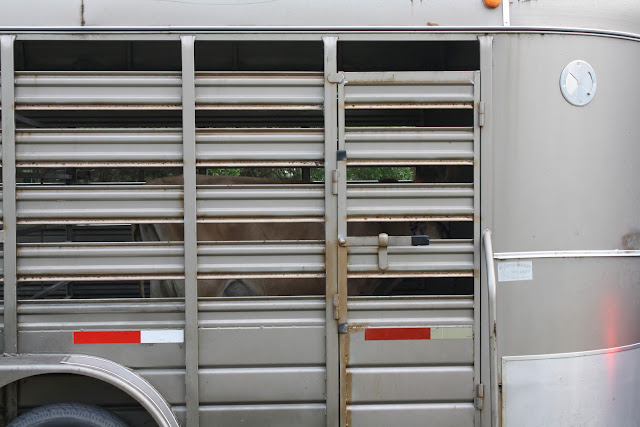 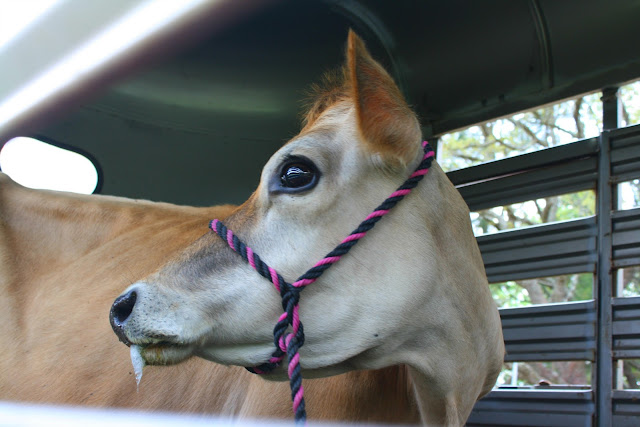 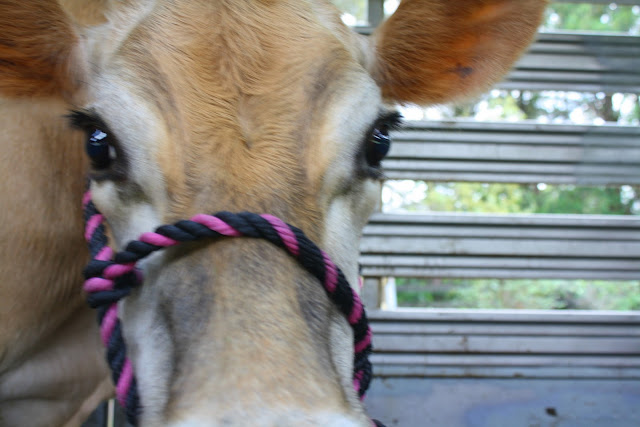 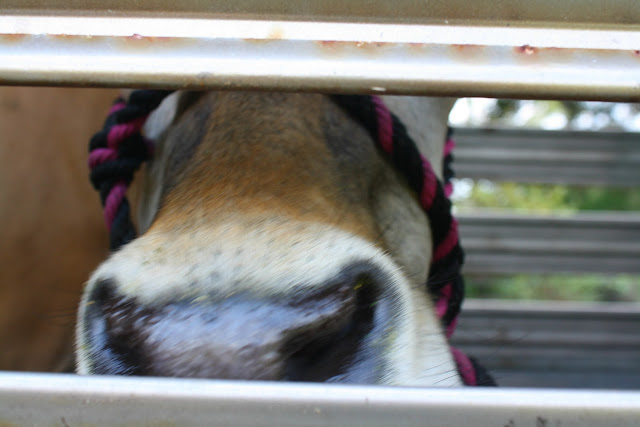 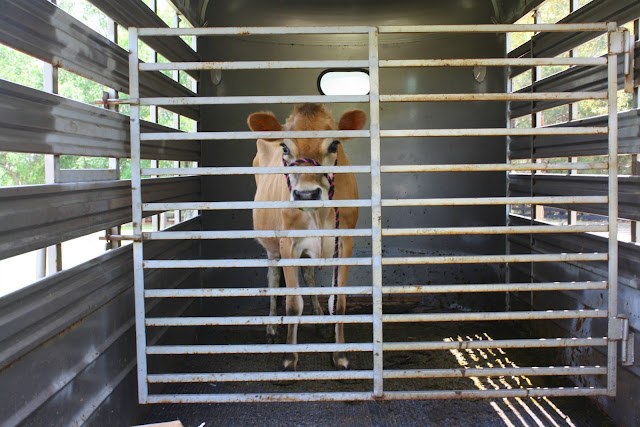 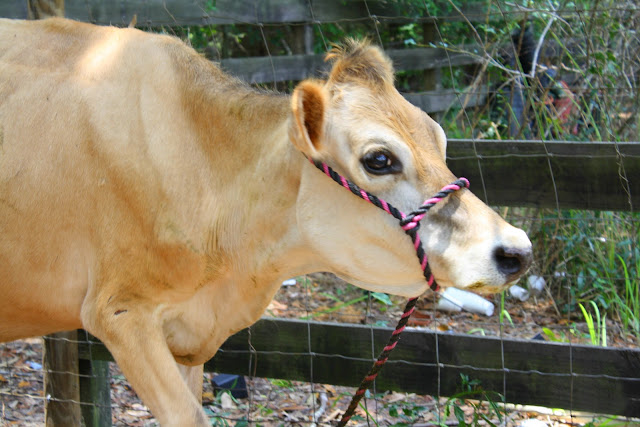 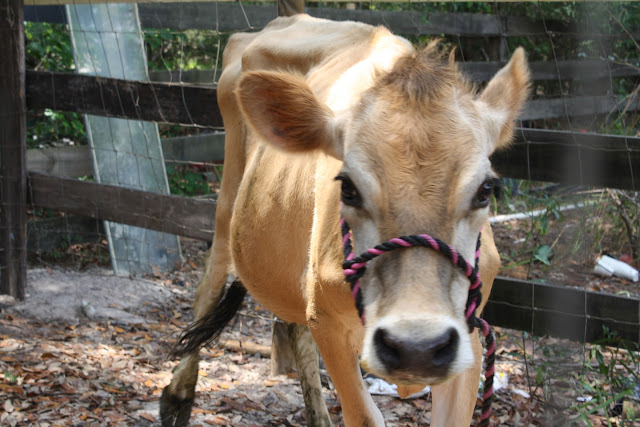 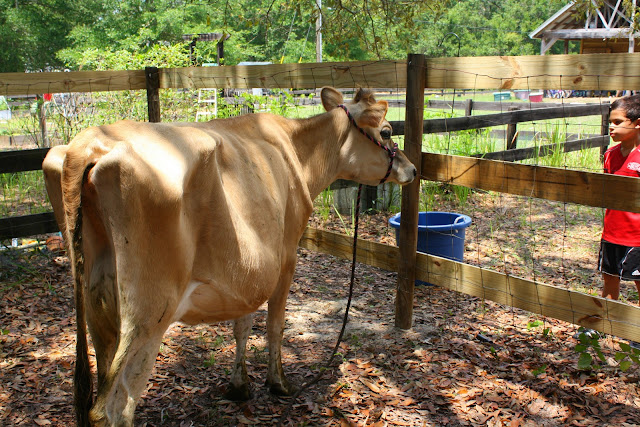 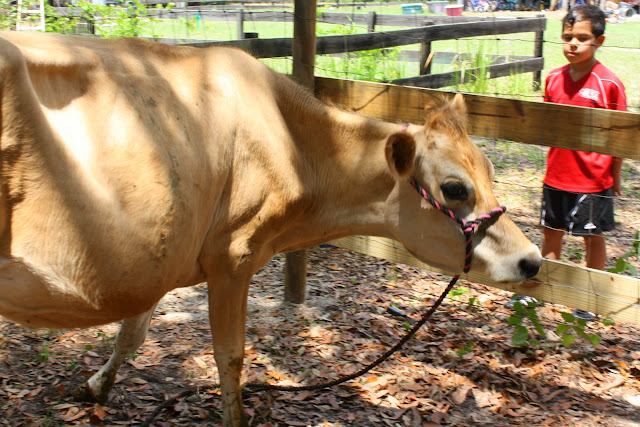 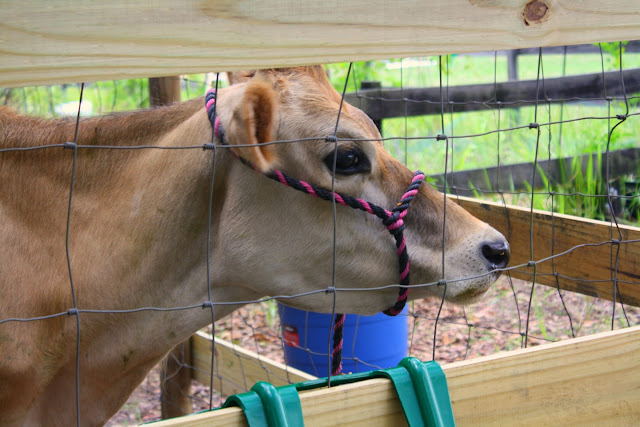 If you enjoyed this post, please consider leaving a comment or follow me by email at the top right hand of the screen to have future posts sent to you. Tricia (Crunchy Catholic Momma)