Archive | Knits and Crochet RSS feed for this section

Ninja Iphone Cozy and watch out for Shark Ipod Cozies

She has done it again.  Alexandra has come up with something which I find so simple and cute that I want to share it with you all here.  Of course, I am proud of her.  Who would not be?

Alexandra has been working on getting her Etsy store going and she even started a blog.  Her brand is chrisandyaya which is what her brother Chris named her when he was a baby and it stuck.  Around here she is Yaya. Visit her blog here, I think you will enjoy her ideas.

A few months ago she started this idea of Iphone and Itouch cozies with this really cute shark. This time it is this super sneaky Ninja.  This little guy will make sure that nothing happens to your Ipod with super slick Ninja moves. These cozies are super soft, knitted and very well made, even by my standards.  You can find her store here. By Tricia on February 13, 2010 in Birthday Celebrations, Knits and Crochet

It seems I have been a bit obsessed with Gnomes and mushrooms as of late.  Since the day that Livie was born, literally my one night in the hospital, I started dreaming of her 1st birthday party.

Planning the party was so much fun.  I found a few really cute inspirations for cake and decorations at a few of my fave blogs, here and here. 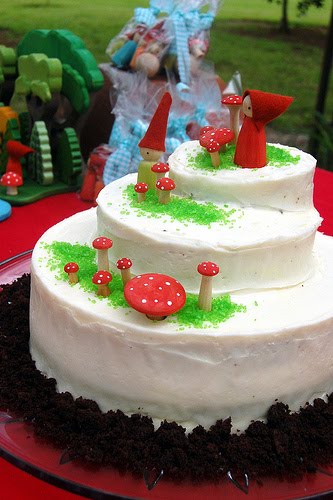 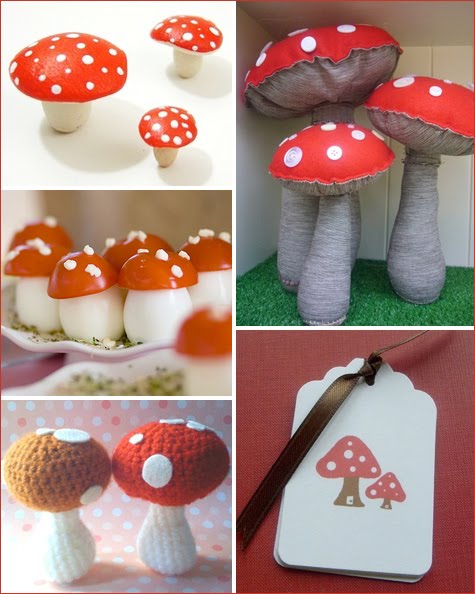 These toadstool cake bites by Bakerella are genius. 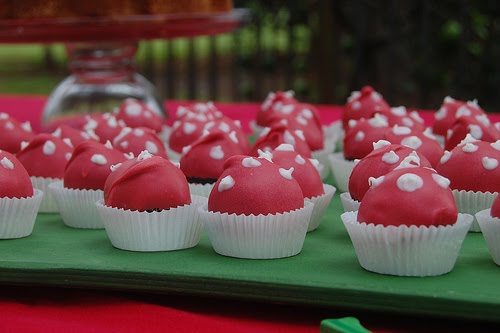 Her birthday this year as last year was a cold one.  While the world outside was cold and dreary, the inside of our home was colorful and festive.  I had originally and until this very morning thought of a party outside under our majestic live oaks, I mean what’s more woodlandish than oak trees and acorns.  Unfortunately it was way too cold to be outside for a long period of time so everything had to be moved inside.

I spent weeks making ribbon wands and tiny mushroom pendants for the invited fairies and gnomes to wear.  I love to write crochet patterns and this tiny mushroom was so easy to come up with. The girls were given ribbon wrist corsages and I made a beautiful red and green tutu for the birthday fairy. In the winter Living Crafts magazine I saw a toadstool hat made out of wool felt which I dreamt about for a few days and then spent a week coming up with a crochet pattern for it.  The pattern will be up on crunchycrochet.etsy.com soon. 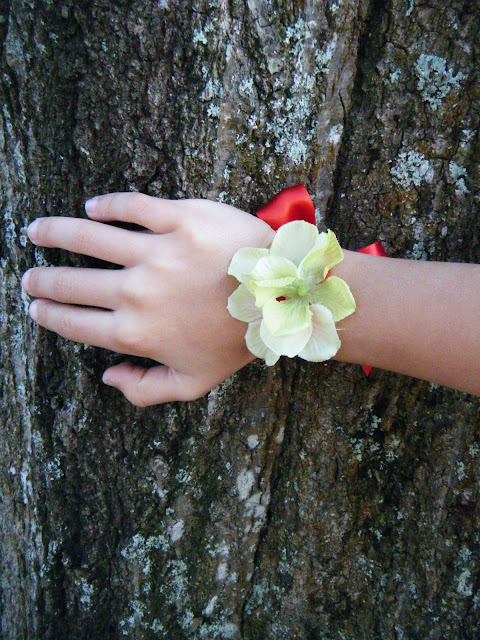 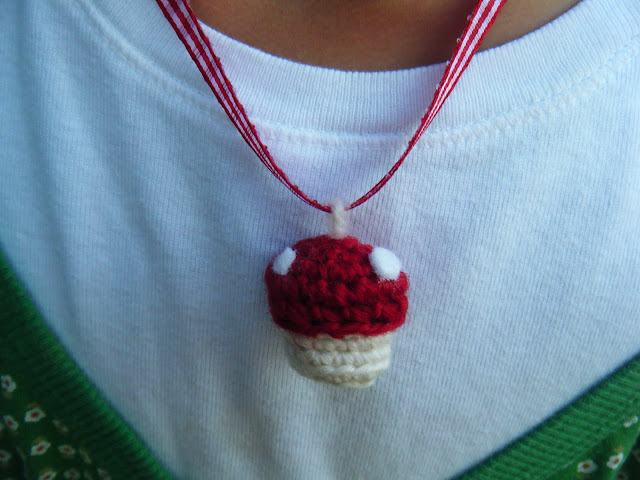 The cake was put together in only 3 hours so don’t expect too much.  My children always get these ratty cakes because there is also a party to put on.  One of these days I will treat them like a customer and really give them a cake like our customers would get.  By the time this picture was taken you could see where little fingers had picked at it. 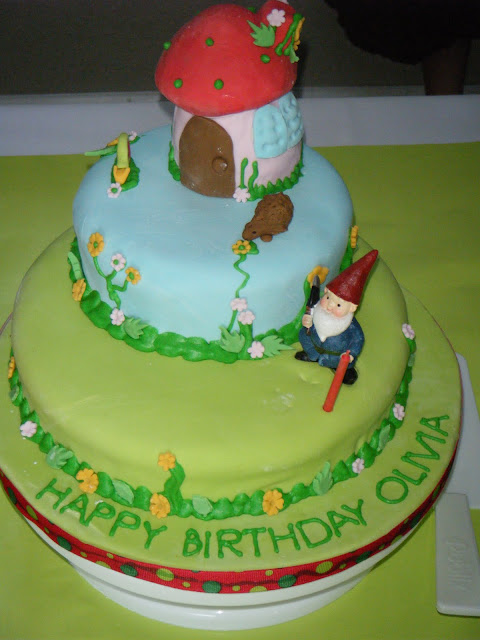 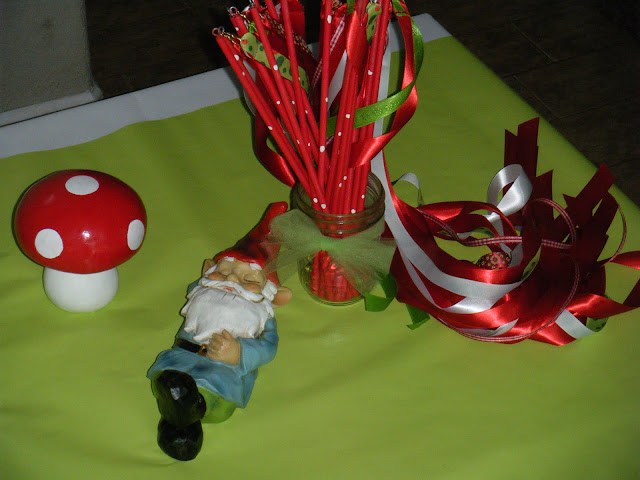 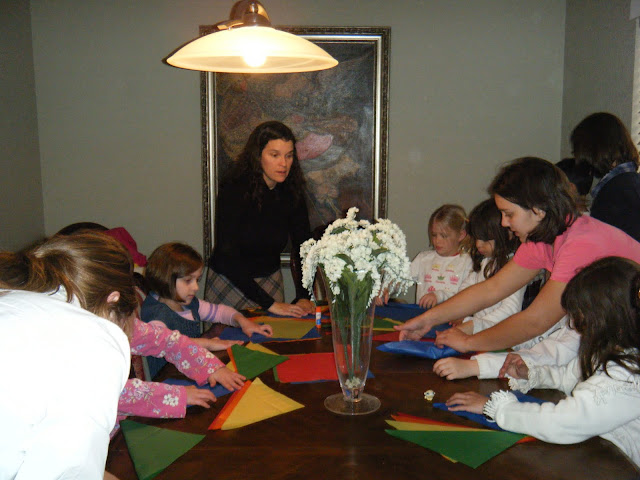 We made these gorgeous Waldorf window stars,  this was kind of tricky to do with so many children but luckily I had alot of older helpers, thanks girls.  You are supposed to make these out of kite paper but I just used tissue paper instead.  If you would like to make some here are the instructions from GardenMama. The cake table was decorated with the cutest gnomes and mushrooms which will be used in the girls future woodland themed bedroom.  I made these cute toadstool mushroom stools out of upside down beach buckets and the seats are sewn out of felt. 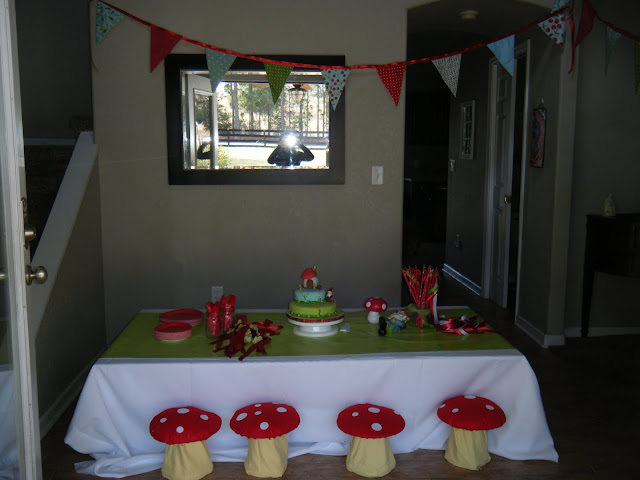 It turned out to be a wonderful day though after the party I discovered that I had forgotten to serve our guest the mini toadstool appetizers made from cherry tomatoes dotted with goat cheese to look like the spots, the candy snails and bugs I had made for the food table.  Food served  were mini cuban sandwiches, hummus and chips, ambrosia salad and of course Waldorf salad.  I had a huge explosion in the kitchen while trying to make the magical punch, word to the wise.. never add sherbet powder to a bottle of Sprite.  We had to wipe it off the ceiling, cabinets and it makes a really good hair gel which lasted all day : ) 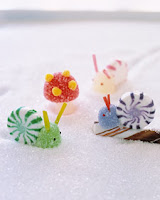 By late afternoon, the day warmed up enough to go out and play.  Alexandra sprained her ankle so bad her ankle was as big as a grapefruit (no pictures please) during a soccer game and Poppa had to carry her in.  Kids ran and twirled with their ribbon wands and chased my poor chickens. Those girls did not lay an egg for a week. 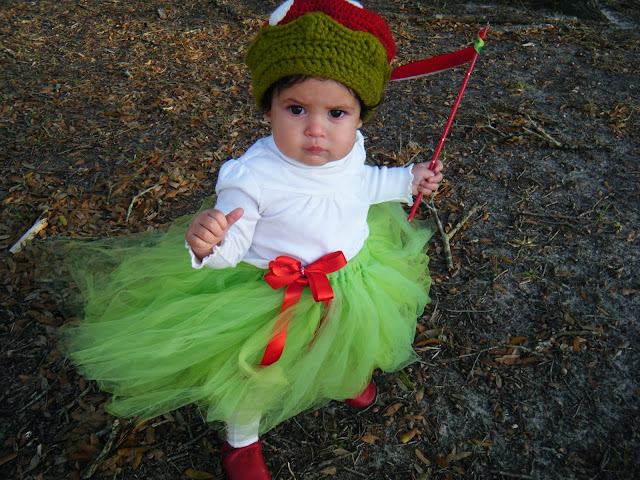 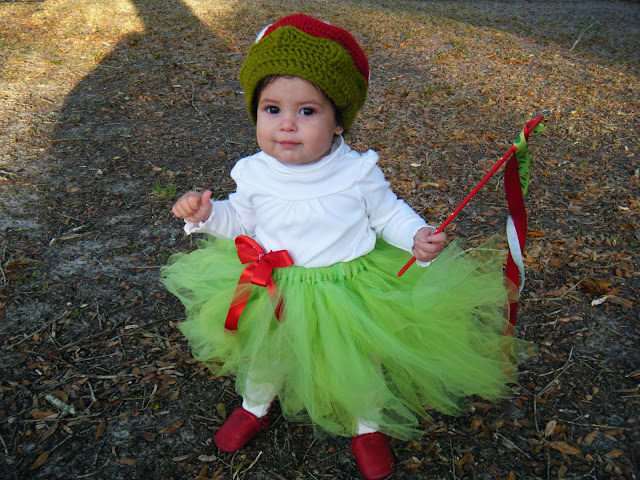 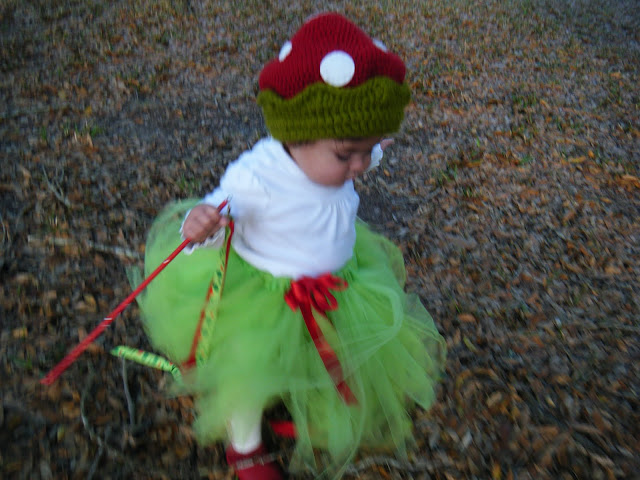 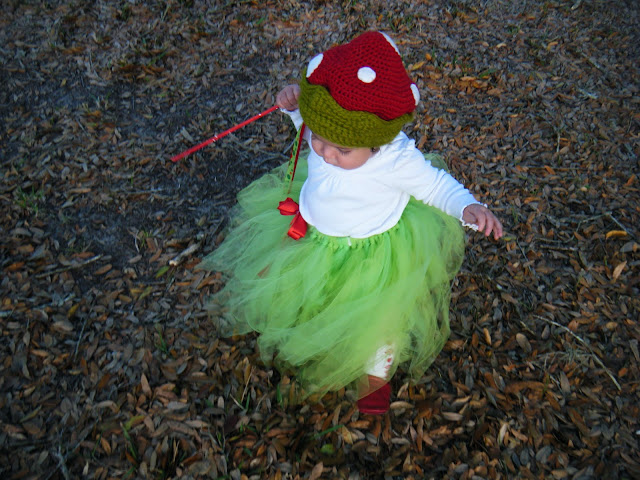 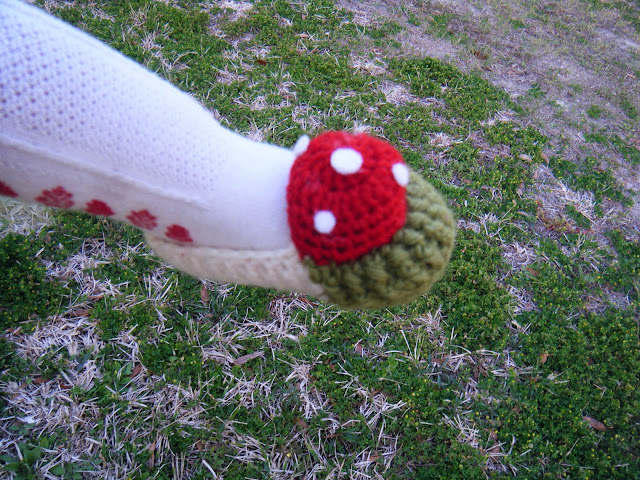 Yet another crochet pattern had to made for the outfit.  I made these toadstool shoes to go with her toadstool hat and outfit and then decided to put her leather red shoesies on because of the cold. I need to redo them because I did not stuff the toadstool and it got a little flat as you can see.  I still want to revamp these a lot more before I offer the pattern for sale but these were from party day so… there you go.  I have noticed that this gnome phase has extended to everything I make for Livie, alot of her clothing is red. 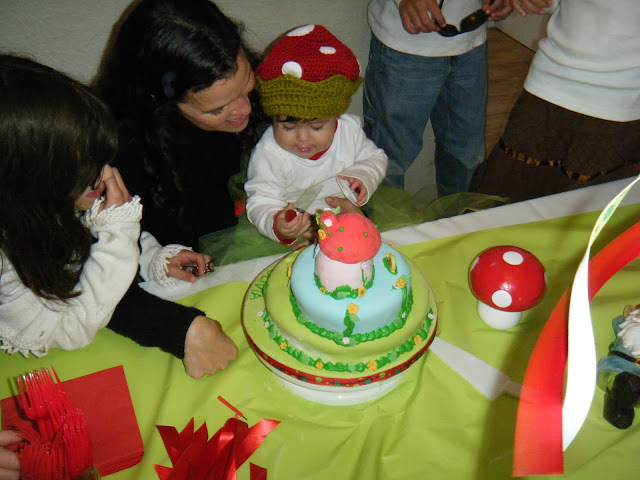 And here is the last shot of the day… a chubby little fairy all tuckered out. 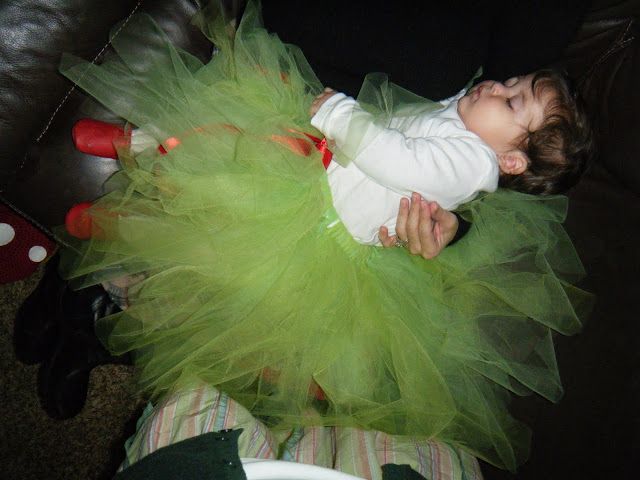